Shooter was a hard driving gutsy girl with a heart to do whatever was going on.  Early in life she had several health issues which limited her, however, she never gave up the fight.  At 4 years of age we discovered she had a tiny liver caused by a liver shunt.  After a successful surgery it was repaired with a year long recovery period.  The results of this illness left her very lame and without much muscle.  She never gave up.  Before the surgery she had earned her CDX, WC and JH.  A year after her surgery and rehab, she went back to limited showing and earned her UD, 5 UDX legs, RN, RA and RE and another WC pass and 4 more extra JH passes.  She also loved to swim and we would have to take her out of the pool.  Never stop was her moto!

Shooter had been slowing down but still made the daily trip back to the training building to play ball, her favorite game.  On June 30th, 2011 we rushed Shooter to the vet. Hemangio sarcoma, words you do not want to hear.  She was given just one month to live.  We will never know how much pain she was in because she never complained.  That was Shooter. 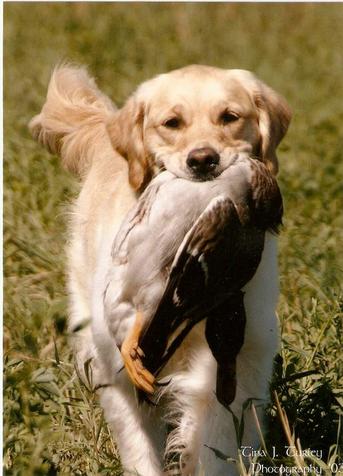