Linda was the co-breeder of the litter that produced Sixpak, Mike's dog.  His mother, Crumpet, Can. CH Camrose in One Ash, Am/Can CDX was imported from Joan Tudor’s Camrose kennel in England by Elaine Brent of One Ash Kennels.  Crumpet, who Linda co-owned, lived with them and completed her CD and CDX titles.  Linda was very impressed with her focus and structure and was offered a puppy from her. She chose Reggie, OTCH Meadowpond Stardust Reggie, UDX OS OBHF Superdog title winner, as the stud dog because of the great puppies he produced. This litter produce 4 OTCH/UDX titled males and one female UD & GRCA Outstanding Dam.

Sixpak was a beautiful dog with an amazing head study to die for.  He was so agile with wonderful movement and he jumped very light like a cat.  He could jump on and off grooming tables without a rattle.  At a young age, he was very focused.  He started his career with a Novice-B first place and High in Trial.  His first Utility leg was also his first High Combined Award.  He was the animated performer in the ring that folks stopped to watch.  Always had a very fast recall and popped a perfect front and ran around Mike on his finishes that were perfect.  He was flashy and got a lot of attention just like his dad.

Sixpak won the Gaines Superdog title in 1995 at York, PA at just 3 years and 4 months old. He was the second youngest dog to accomplish this.  Terry Arnold’s Stride was just a few weeks younger.  Sixpak was invited 7 times and competed 6 times at the AKC National Obedience Invitational (NOI) in St Louis.  Linda was asked to judge the last year and couldn’t refuse.

​Not only was he in the GRCA Obedience Hall of Fame, he was also a GRCA Outstanding Sire: He produced 45 titled puppies earning over 100 High in Trials and several perfect 200’s. Several competed at National tournaments including the AKC NOC and Classic. He also produced 10 AKC OTCH/UDX titled dogs, in the GRCA Obedience Hall of Fame and 2 MACH’s, both in the GRCA Agility Dog Hall of Fame and a total of 14 UDX’s many UD’s and 1 MH, that was a Master National competitor, and 1 Canadian OTCH-EX/Master OTCH title.​

He was a very special boy indeed. 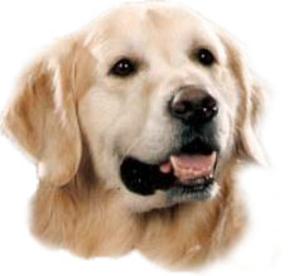